New York City’s Privately Owned Public Spaces (POPS) program provided incentives for private developers to create urban amenities such as publicly accessible plazas, in exchange for the right to build more floor area than would otherwise have been allowed on their site. We were commissioned to completely redesign a badly deteriorated POPS plaza at a 1987 residential tower. Water leaked from the plaza to occupied areas below, and the design of the plaza was no longer compliant with Department of City Planning regulations, which had evolved significantly since the plaza was built. This plaza was one of the first in the city to be comprehensively rebuilt in conjunction with the new regulations, and we worked closely with the Department of City Planning to establish an approach and guidelines for how to deal with non-compliant design features that could not be changed. The completed project incorporates significant amounts of new seating, lighting, and a place-making feature in the form of the sculptural glass light column at the corner of the space. 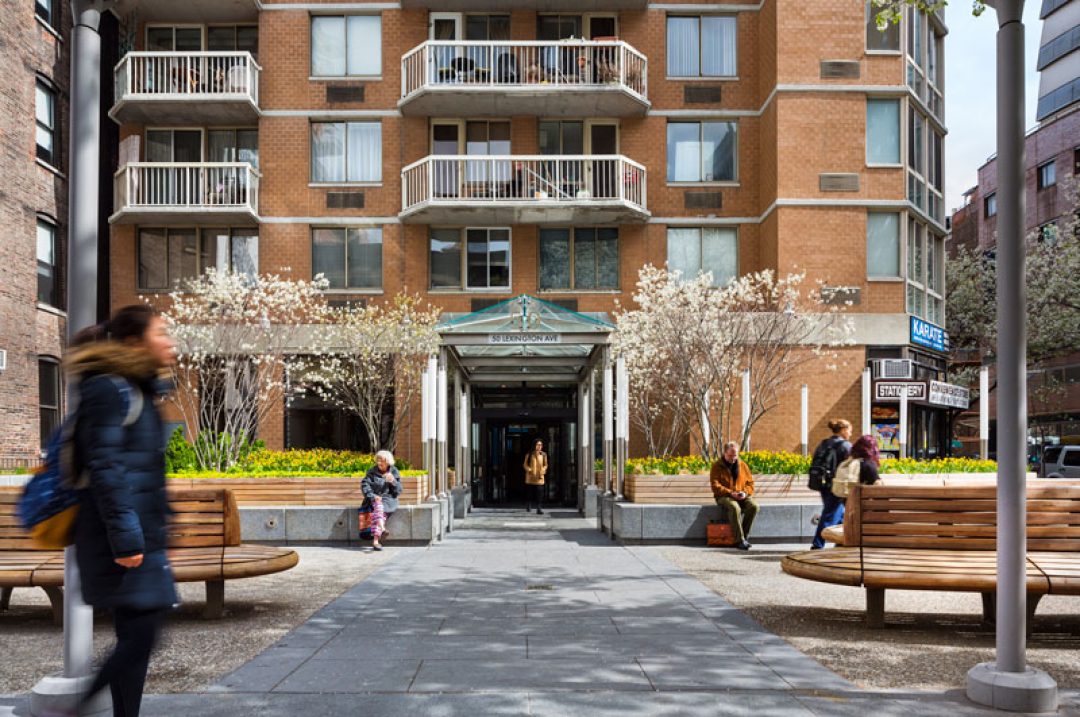 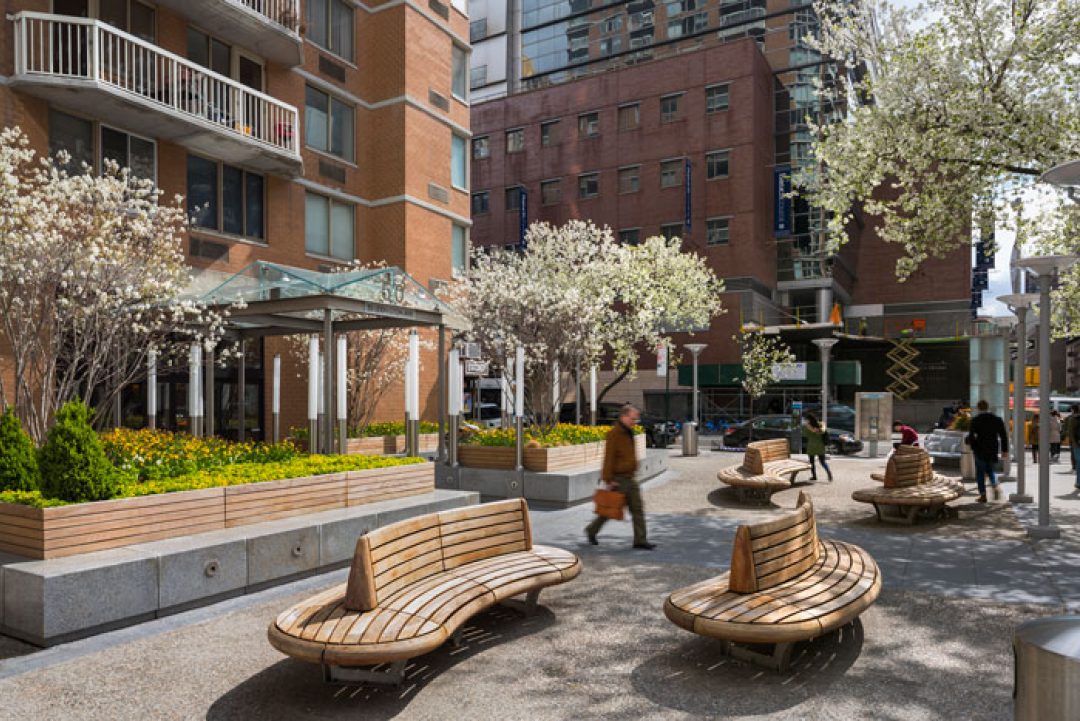 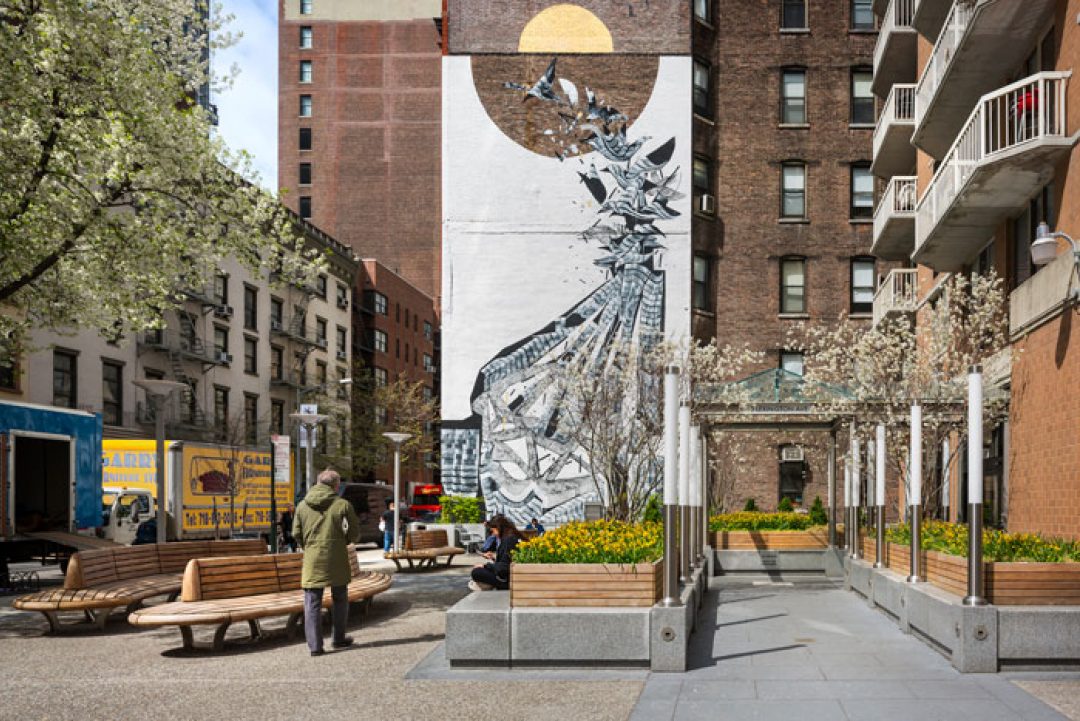 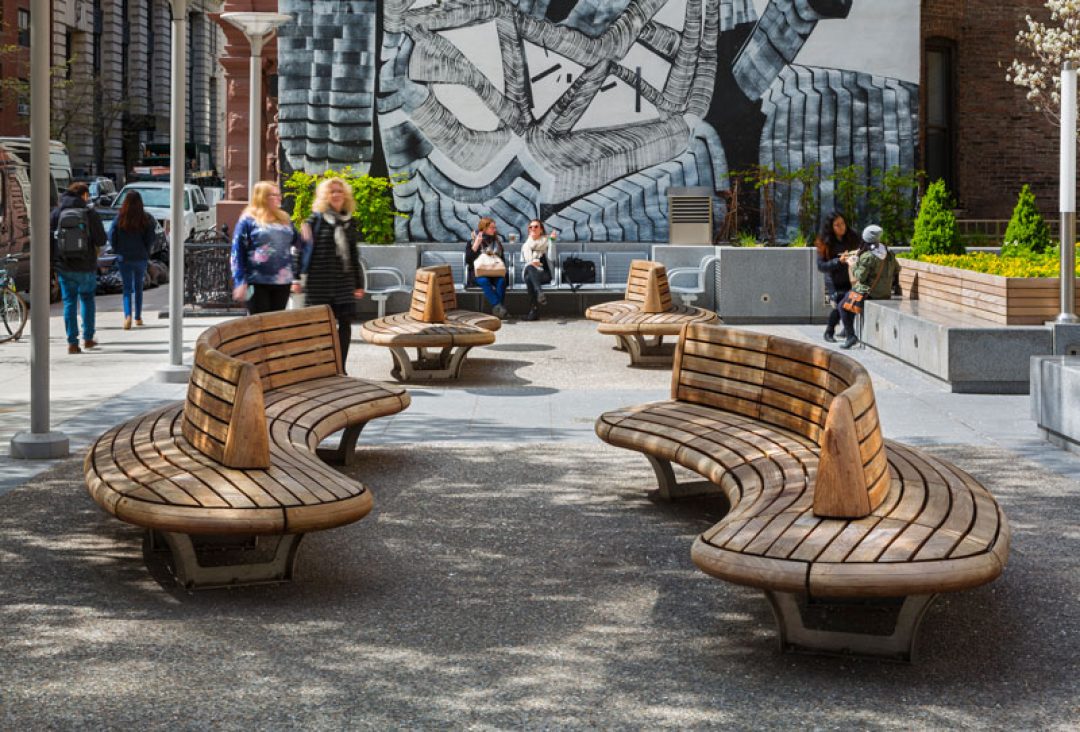 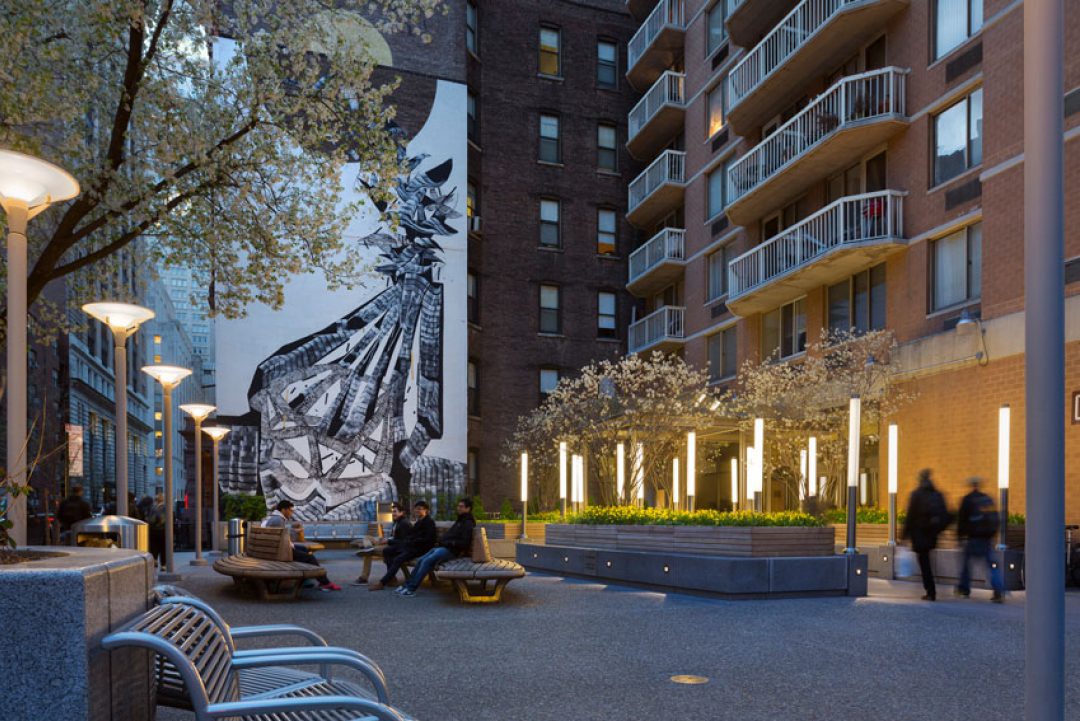 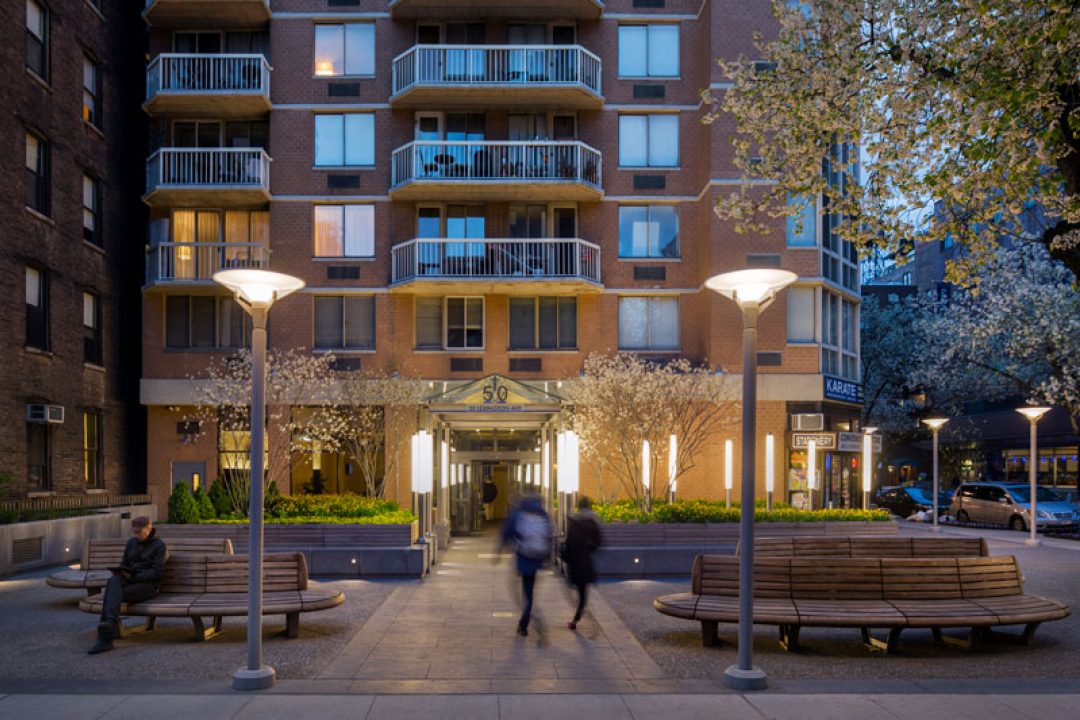 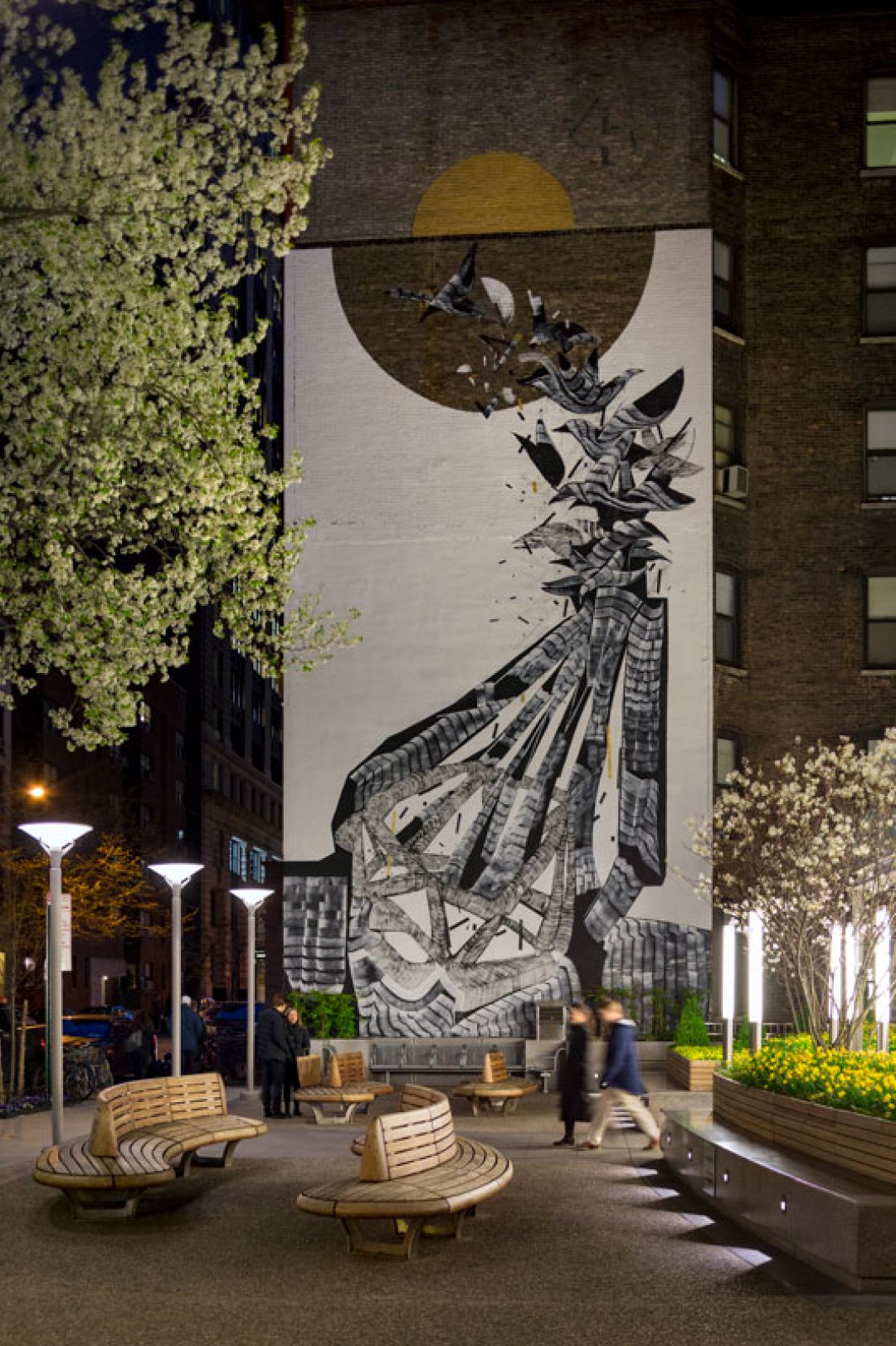